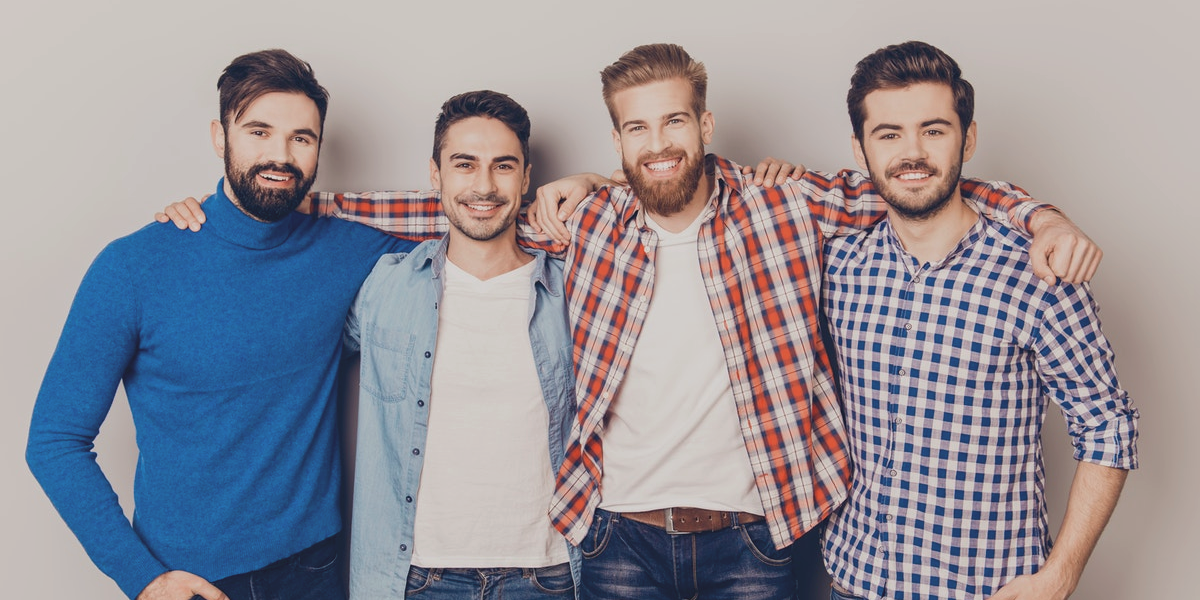 It was a last-man-standing style shoot-off. We went in with five guys, each guy had five paintballs in his gun, and we tackled the biggest course.
The stakes were high. One hit and you were out. It was more like an assassin’s game than the typical paintball free-for-all favored by most.
In the end it was a stand-off between two guys, and one of these guys was out of ammo. The guy who could still take a shot had a reputation for being the most outspoken of our patients, and certainly the biggest and most athletic.
Based on our rules, he had every right to pop the other guy with a paintball, but he surprised us. He knew he had won, but he did it with grace and compassion and a real respect for his brother as a competitor and the game ended without another shot being fired.
A few months before, these guys were complete strangers to each other. But over time, through the battles they’ve waged individually and together against the broken, destructive behaviors of their past, they’ve come to care deeply about each other.
A program like this fosters a lot of unity. A smaller census means the men can’t get lost in the crowd. Personalities stand out.
is a mix of guys with different personalities, socio-economic statuses, and cultural identities. We put these guys in a house together for 90 days where they live together, eat together, cook together, relax together. They’re together through group therapy, and at Twelve Step meetings. By the end of their experience with us they’ve formed their own tribe. They push themselves and each other, they have fun goofing off and working together, and they close out each day significantly more bonded together.
Fellowship like this is vital to a young man’s recovery. It gives him strength, safety and stress relief.
Thinking about the physical and physiological requirements of an activity like paintball—it’s a pretty stressful activity, especially the way we played it. The heat and elevated heart rate of our every-man-for-himself scenario induced a good deal of anxiety, albeit in a safe and healthy environment.
Anxiety is a really normal emotion, whether you’re in recovery or not. It’s connected to our survival instincts; when we find ourselves in unfamiliar and uncomfortable situations we might try to make ourselves as small and quiet as possible until we see our chance to make an escape.
The fellowship our patients forge in treatment are the first step towards seeing people as people—sick, hurting, imperfect and also actively seeking progress in recovery.
Hiding behind a cable coil, sweating, waiting for one of your brothers to expose himself so you can ping him with a paintball looks a world away from walking into a new AA meeting where you don’t know anyone. Yet, physiologically, that anxiety is the same.
Oftentimes, newcomers to AA react to social anxiety by shutting down. They stay quiet in the meeting, they don’t make eye contact, and they duck out early. Through the paintball outing, our guys saw that they could feel the anxiety, but take it in stride and focus on doing the next right thing. These guys felt the heat and physical exertion and anxiety, but none of them laid down their paintball gun and said “I can’t do this, I’m out.”
They had something to focus on, a goal and a role to play. They were just as likely to win the game as any of the other guys as long as they did the next right thing. And the reality was that no matter who won, they would celebrate the whole team’s effort right along with the victor.
, because fellowship goes beyond friendship. It means love and respect, regardless of whether you like a person. It means seeing them for who they are, rather than what they are to you. It’s an incredibly strong safety net for young people new to recovery. It assures each of them of visibility, acceptance, and compassion.
Activities like this, and the physical, emotional and mental challenges of all our experiential outings, can teach young men to find their own ways of working through their anxiety—feeling it, accepting it, and being fully present in the moment.
Contact us for more information about our experiential program, call us at 772-245-8345 or email us at admissions@voyagerecovery.com.
more info…